Posted on February 4, 2017 by Sports Talk with Ari

That’s right, it’s Super Bowl Sunday! On paper, these two teams are extremely even, but this preview should be your guide for the big game.

What is really scary about these two guys, is their ability to spread the ball around to anyone. Matt Ryan threw touchdowns to thirteen different guys in the regular season and Brady threw to nine, respectively. Both of these guys are tall pocket passers with good arms and pinpoint accuracy, so finding a weakness in either of these guys games is difficult. Tom Brady (24-9) has much more playoff experience than Ryan (3-4). With that being said, Matt Ryan has not thrown an interception in six consecutive games and Tom Brady has struggled under pressure this postseason. In the game against the Texans, Brady threw a season-high two interceptions along with missing on a few routine throws. The Falcons blitz and create pressure more than the Patriots, so expect Brady to be under duress early and often. Edge: Matt Ryan 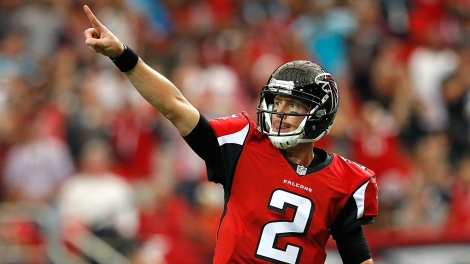 Coming into the Super Bowl after two impeccable post season games, the expectations are high for the veteran to bring Atlanta their first Super Bowl.

With all the talk surrounding Devonta Freeman and Tevin Coleman, let’s not forget about the duo of LeGarette Blount and Dion Lewis. What people do not realize, is the consistency that Blount brings to the table week in and week out. He and LeSean McCoy are the only two running backs to have both 1,000 yard rushing seasons in 2010 and in 2016. With running backs “shelf life” getting shorter and shorter, that is an impressive feat. That’s not something that comes to mind when you think of the two-hundred-fifty pound running back. Dion Lewis, the Patriots shifty, smaller back, set an NFL record a few weeks ago, with a receiving, rushing, and returning touchdown in a postseason game. Now, the Falcons running backs Tevin Coleman and Devonta Freeman aren’t shabby either. Coleman is a superb route-runner out of the backfield and is extremely comfortable lining up on the outside, in the slot, or obviously in the backfield. Freeman isn’t quite as good of a receiver as Coleman, but he is perfectly fine with catching the ball out of the backfield and picking up yards after the catch. Edge: Patriots (Blount & Lewis). 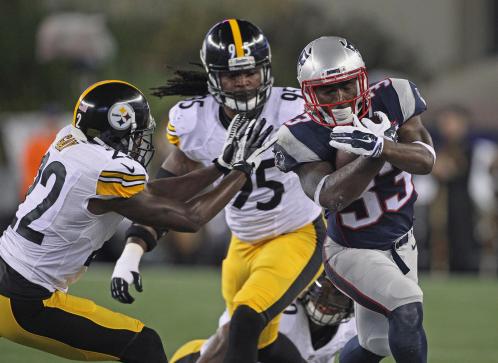 Obviously, Julio Jones is the receiver that New England is going to devote the most attention to, but the Falcons are so diverse offensively, it’s hard to simply focus on one wideout. Sure, Jones is a tall, tough, athletic receiver who can take over a game, but when he is getting doubled, Matt Ryan is looking for his secondary options who beat one on one coverage routinely. The Falcons invested a lot of money in Mohammad Sanu in the offseason and he has done exactly what they signed him to do. Let’s remember that Sanu was a high school quarterback and has a perfect passer rating over 5 throws in the NFL. Don’t be surprised to see him line up in the wildcat or throw one down the field. I have talked about him before, but Falcons slot receiver Taylor Gabriel is one of the fastest guys in the NFL. I don’t know how he slipped through the cracks of most NFL teams, but on tape, he is up there with Tyreek Hill and Antonio Brown. Watch out for screen passes thrown his way. He can turn two-yard slant routes into 75-yard touchdowns. The Patriots do not have a star wideout like Jones, but they have solid depth. It looked like Malcolm Mitchell had emerged as New England’s star up and comer, but he has done nothing so far in the postseason. Mitchell won’t beat most teams with his size or speed, but he is a good route runner with reliable hands. That’s all you need to be a successful receiver in the Patriots organization. Tight end Martellus Bennett is a pain to cover because he is absolutely enormous, but he isn’t quite at the level of Rob Gronkowski who is out with an injury. The Patriots have reasonable depth to cover for their lack of a dominant receiver, but Atlanta’s wideouts are far more talented than what New England has. Edge: Falcons. 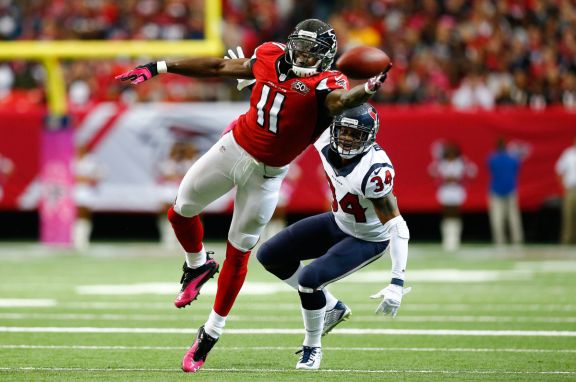 A true physical specimen, Jones takes over a game with his combination of speed and size. Since 2013, Jones has averaged more than 100 yards per game in each season.

This is a tough one because both teams have tall, pocket passers who aren’t sacked very often. Statistically, the Falcons run the ball better than New England, but Brady has only been sacked 15 times on 447 dropbacks compared to Ryan’s ration of 37 to 571. Look, both offensive lines are very good, so this one is basically a wash, but I will give a slight advantage to the Patriots. Edge: Patriots.

For those who do not know, a front seven is a term used to describe a defenses typical formation (3 defensive linemen, 4 linebackers, or 4 defensive lineman, 3 linebackers). From a sheer pass rush standpoint, it’s basically a wash. Both teams sacked the quarterback 34 times in the regular season, but it’s the depth that the Patriots have on their defensive line is what’s impressive. Patriots defensive end Rob Ninkovich is a pass rush specialist who prides himself on solid technique rather dominant power or speed. I always feel like he’s the Patriots guy that they turn to when they need a big play late in games. The Falcons are much more dependent on speed pass rusher Vic Beasley, but really what’s wrong with that? Sure Beasley will be seeing double teams all night, but he has seen double teams thrown at him all season. He registered the fastest 40 yard dash time at the 2015 NFL combine at 4.53. It doesn’t surprise me that it was that fast, he is so quick, that he virtually runs right around offensive lineman to hit the quarterback. He is such a gifted athlete. Linebacker Deion Lewis led the Falcons in tackles and is kind of a hybrid between a safety and linebacker, and I love those speed linebackers. It’s starting to become a trend now in the NFL, these quick linebackers who hit hard. Luckily, the Falcons picked up on it real quick. Edge: Falcons.

Falcons linebacker Vic Beasley led the NFL in sacks this season with 15.5. After a dissappointing rookie season, beasley has developed into the freaky pass rusher that the Falcons thought he would be when he was drafted.

The Falcons ranked in the bottom half in the regular season in terms of passing yards allowed but held both Russell Wilson and Aaron Rodgers under their regular season passer rating average. So while that isn’t an enormous feat, the Falcons are still moving in the right direction. Falcons cornerback Robert Alford might not have ideal size to cover elite NFL receivers, but his physicality at the line of scrimmage has helped him develop into a solid cover corner. He and Keanu Neal are the two major playmakers that the Falcons have in the secondary, but not matter what defenses show Brady, he is going to expose a secondaries greatest weakness. The Patriots ranked 12th in the NFL in pass defense, but have to deal with a red-hot Matt Ryan and Julio Jones. Since 2000, the Patriots have played well against AP (Associated Press) all-pro wide receivers. They have held the receivers below their averages half of the time, but have only held the wideouts to a mere seven touchdowns in 14 games. The receivers averaged 10.1 touchdowns over the same period of time. This leads me to next my point: the Patriots bend, but never break. This is a common phrase among most football fanatics, but it is used most often when referring to the New England Patriots. The Patriots allowed about 21 yards per point in the regular season which led the league. The Falcons allow about 14.6 yards per point, “breaking more easily than New England.” Edge: Patriots.

When it comes down to it, there is no big name matchup between two players in this game like this one. Julio, a big bodied receiver who Pro Football Focus ranked as the best receiver in the NFL faces off against Butler, a physical corner who ranked sixth of all cornerbacks according to Pro Football Focus. Butler’s toughness and competitiveness are evident on the football field in addition to his fantastic technique and thick frame. Butler needs to be prepared for the Falcons to attack the middle of the field, an optimal plan against zone coverage. This one really comes down to how healthy Jones is. He has had a lingering toe injury, and while he says he is healthy, there are games where Julio simply doesn’t look like himself. He had three games under thirty yards in the regular season, one of them coming against one of the worst pass defenses in the NFL (New Orleans Saints). If the Julio who everyone loves and admires shows up, I am confident that Butler will have his hands full against a guy who is coming off of a one hundred eighty yard performance. Edge: Jones.

This one is really tough. Patriots kicker Stephen Gostkowski is one of the most reliable kickers in NFL history, but he has had his fair share of struggles this season. I think it is more mental than physical, but it is still something to look out for. Falcons kicker Matt Bryant, a fifteen-year veteran has been extraordinarily consistent, converting on over 90 percent of his field goals and all but one of his extra points. I do like Gostkowski’s smooth stroke, but his struggles this season are worth noting, and in a category that can decide a game, there is no doubt that Matt Bryant is more reliable at the moment. Edge: Matt Bryant. 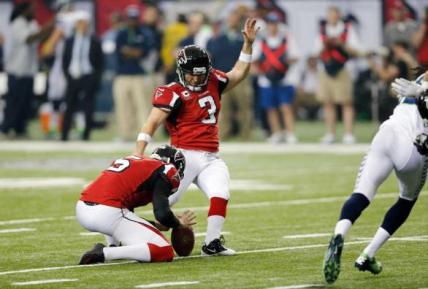 Bryant hit the fourth most field goals in the NFL behind Nick Novak, Caleb Sturgis, and Justin Tucker.

Now, this is the big decision. Honestly, I could see both teams winning by as little as 1 and as much as 20. The Falcons are clearly the hottest team in football, but still, have their fair share of weaknesses on the defensive end. Also, from a pure experience standpoint, the Patriots have the clear edge in that category. Remember, Tom Brady has been to six Super Bowls and sometimes in these big games, no matter how hot the quarterback is coming in, the nerves kick in. Last season Cam Newton, the league MVP, finished the big game with a quarterback rating of 55 despite having ratings over 100 in the two playoff games before. In the Super Bowl, it’s the little things that add up which determines the outcome. And with that, I have the New England Patriots winning this one. Yes, I gave the edge to the Falcons in more categories, but the Falcons overall advantage over the Patriots in those categories was marginal. New England overall has a better defense than the Falcons and Falcons quarterback Matt Ryan is 0-2 vs the Patriots. Granted, that is two games, but it’s the little things. The Patriots are 16-0 when running back Dion Lewis plays, and they have not allowed more than two touchdowns in nine consecutive games. Sure, these may be small factoids to prove my points, but in a game that is virtually a coin toss, I have to go with my gut and my gut is pointing to a four-time Super Bowl champion quarterback. Prediction: Patriots 31-27.

About Sports Talk with Ari

I am a 14 year old sports blogger!
View all posts by Sports Talk with Ari →
This entry was posted in NFL. Bookmark the permalink.